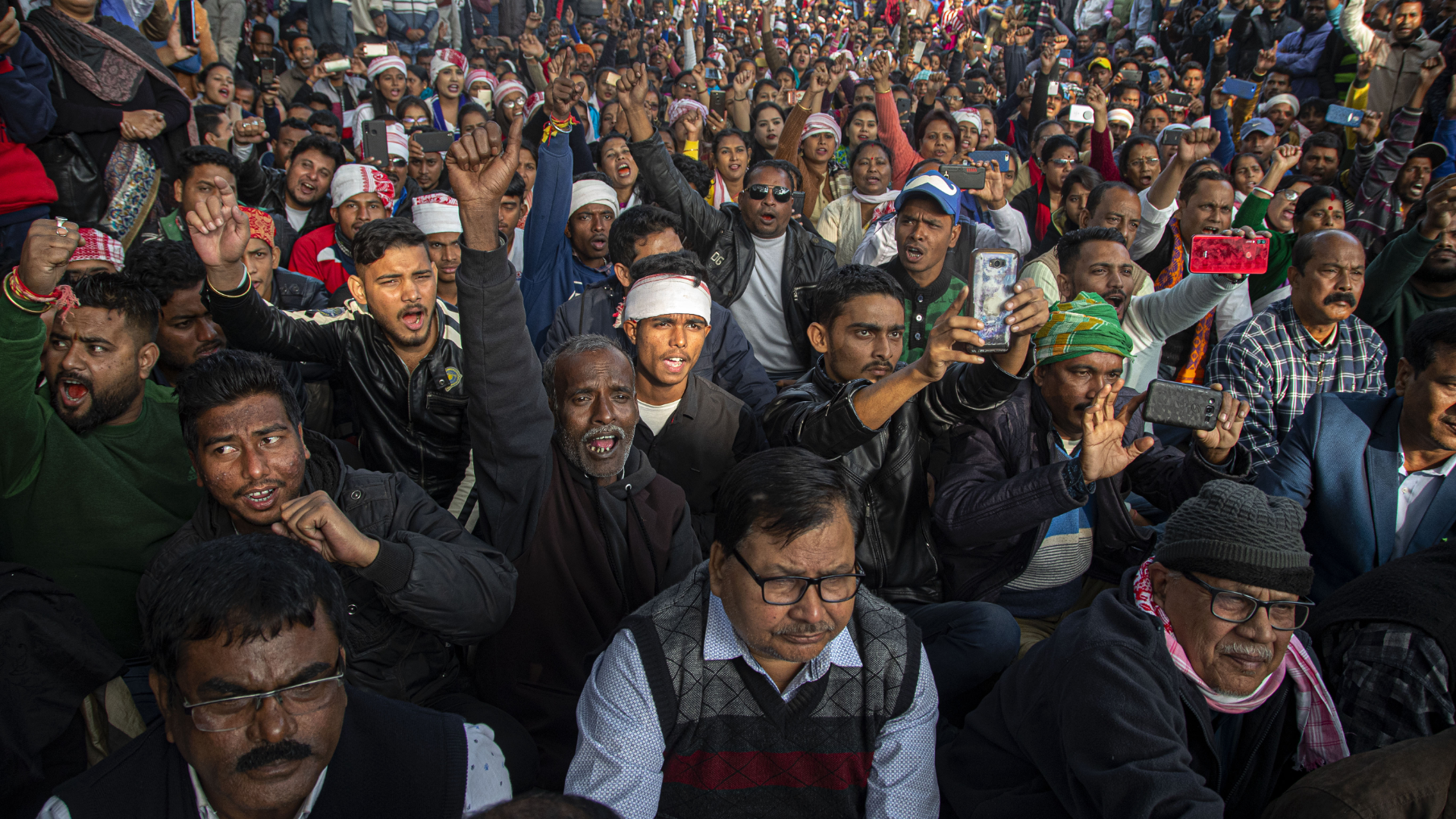 Our country is going through the most testing times ever. Though culturally vivid and geographically diverse, we have always stayed united. As a nation. It has indeed been a great feeling to be a citizen of this wonderful country.

But all that is at stake now.

Fascism threatens to strike us hard with all its might if we don’t choose wisely in the coming Lok Sabha election. Period.

As we all know, ever since the BJP came to power in 2014, things have changed. And only for the worse. A country polarised along religious lines isn’t the India we have known. Besides, the BJP and its allies have failed miserably in keeping their election promises. They are now using mob lynching and cow vigilantism to split the country communally. Marginalizing Dalits and Muslims is the name of the game. They are spreading their hate campaigns with the help of the internet and social media. Patriotism is their trump card. Any individual or institution that raises the slightest dissent is labelled ‘anti-national’. ‘Patriotism’ is how they grow their vote bank. Let us not forget that some of our eminent writers and media persons lost their lives because they dared to dissent.

Romanticizing and exploiting the armed forces is one of their strategies. Even at the risk of engaging the nation in an unnecessary war. There is unrelenting onslaught on the cultural and scientific institutions in the country. They mock the collective intelligence of the people by appointing persons with no relevance or experience as heads of these institutions, propagating unscientific and irrational beliefs even at international science seminars, making us the laughing stock of the entire world. Banning and censoring ‘works of art’, especially the most powerful of the lot – Cinema and Books – is their way of keeping the population away from the truth.

Farmers have been completely forgotten. In fact, the BJP has made the country the boardroom property of a handful of businessmen. Flawed economic policies that ended up as extreme disasters are covered up and made to look like successes. All with the help of false propaganda and marketing blitz. This has helped them to create a false optimism in the country.

Manipulation of statistics and history is another one of their fond projects. Giving them one more term in power will be a grave blunder. It could well be the last nail in the coffin for the biggest democracy in the world.

We urge all of you to do everything in your capacity to keep this harmful regime from coming back to power. Let your mandate be to choose a government that respects the Constitution of India, protects our freedom of speech and expression, and refrains from all kinds of censorship.

Yes, This is our last chance!